As machine learning continually evolves, new operations are regularly added to source frameworks such as TensorFlow and PyTorch. While converting a model to Core ML, you may encounter an unsupported operation.

In most cases, you can handle unsupported operations by using composite operators, which you can construct using the existing MIL operations. For an overview of MIL operations, see Model Intermediate Language.

You may need to first install Transformers version 2.10.0.

Import and convert the pre-trained model 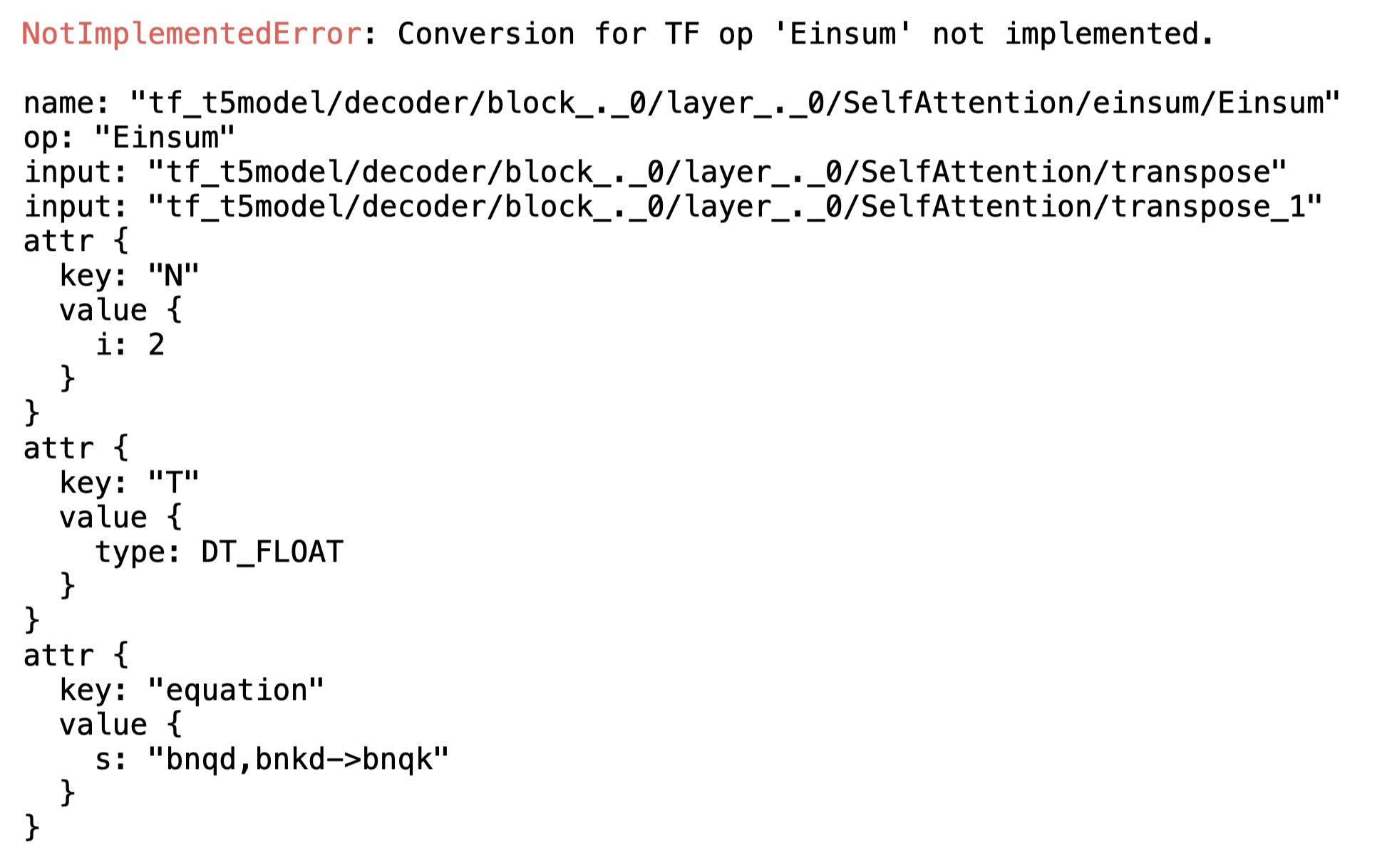 The TensorFlow documentation on Einsum refers to Einstein summation notation. You can use this notation to represent a variety of tensor operations such as reduce_sum, transpose, and trace, using a string. Einsum is usually a complicated operation, but with this example you don't need to know all the possible cases, just the particular notation that this model uses.

The error trace shows that the model uses the following notation for Einsum:

The above notation translates into the following mathematical expression:

While the above may look complicated, it is effectively a batched matrix multiplication with a transpose on the second input:

Be sure to decorate this function to register it with the converter, as shown in the above code for TensorFlow (@register_tf_op). The decoration ensures that the user-defined function will be invoked whenever an Einsum operation is encountered during the conversion. The corresponding decorator for PyTorch is @register_torch_op.

For more examples, see the translation code for the supported TensorFlow ops and PyTorch ops.